I've been a little hesitant to post my feelings on the depressing news of no more Higurashi: When They Cry or Familar of Zero licenses for Funimation but a recent bit of news has me a bit happier.

Now, I don't want to alarm anyone but a cephalopod invasion force, said to be headed by a powerful squid, is soon to be upon us! Militaries worldwide are preparing for the terrible war that is to come while some are already turning into quislings to welcome our new squid overlords. Truly it is a dark day when any man chooses to abandon his fellow humans in favor of joining forces with the creatures of the deep blue sea. 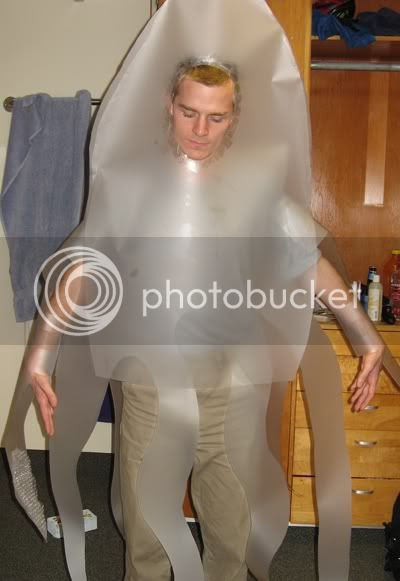 John Sirabella has informed us of the coming war and confirmed that the enemy has learned several languages, including Japanese and English! They will arrive with plenty of extra support as well, so we must be on our guard and ready to prevent this dangerous force from taking over the land!

We do have photo intelligence on the enemy's leader and there are some sketchy reports of an ability to vomit ink. One agent reports that the enemy has tentacle hair! 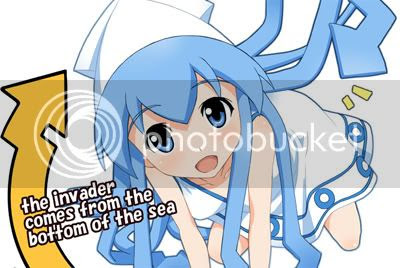 We lost contact with that agent shortly thereafter but we do not fear the worst as the agent was male. We've never lost a man to a tentacle yet!

Unfortunately, gender equality laws forced us to place women on the front lines of the last skirmish with the tentacles, resulting in unspeakable casualties. Fortunately, our early intelligence does not suggest that the squid's tentacles are naughty.

The first battle will begin on September 27 according to our intelligence. The Squid Girl, as she is known, will personally lead the attack on we dry-landers! All hope is not lost however as we've heard rumors that she may have a weakness!

We must all join together and take part in this battle against the Squid Girl! You can pre-order intelligence reports regarding the effort to battle the cephalopod armies here. Or you could attempt to gain favor with your new squid overlord by buying an idol to worship.

Together, we must stop the Squid Girl!

Although, her arrival will be another victory for English dub fans. 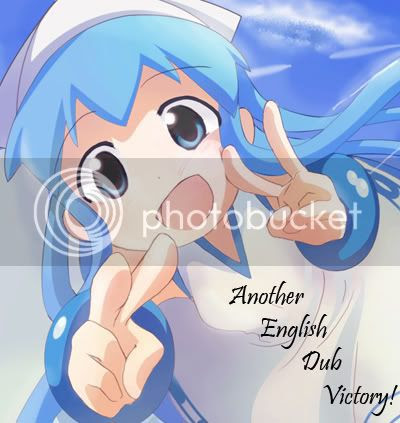 Look for despair next time as I discuss why there's not much to nipa about. Future blog entries shall be reviews and perhaps a video.