A Day No Nipa Was Had 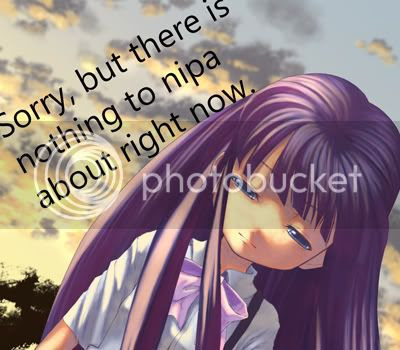 As I'm sure any Higurashi: When They Cry fan has heard, Funimation will not be licensing more of the series nor will they be going after anything "that bears even a minor resemblance." I think this was a hyperbolic way of saying "no, we aren't going after Umineko, so stop asking!"

I would very much like to say that I'm shocked by this outcome but I'm not. Frankly, I expected this would be the outcome for a long time. There are many fans who do what they should do: they buy and support the shows, manga and such that they like. Unfortunately, there are many fans who just go to an illegal source and thereby contribute NOTHING.

Higuarshi: When They Cry had many fans who weren't going to contribute the series success over here. However, I won't bother with some long anti-piracy rant because the truth is those who refuse to actually support anime are so far in the closet of denial that they are giving tours of Narnia.

These so-called fans are always a problem. What really nailed the coffin shut on Higuarshi: When They Cry was the death of Geneon.

When the series was first being released, it had buzz behind it. It had fans interested and it was new! There are so many anime fans who simply don't care about anything that isn't new. Being new and different got people's attention and they thought, "hey, this show is like a mix of Groundhog Day and a horror flick" and they kinda liked it.

Then Geneon fell. The once mighty giant reduced by several costly failures, Japanese patrons who no longer wished to be part of the R1 market and the simple fact that anime fans just don't seem to like buying even when they changed their prices.

For about a year or so, the show was in limbo. I personally didn't even watch the first episode of the Time Wasting arc because I hated the idea of being stuck halfway for a long time. The waiting was terrible and many fans just gave up after a while and either moved on entirely or downloaded fansubs.

After a long wait, Geneon's Japanese parent finally forged a distro deal with Funimation to finish what had been started. Fans rejoiced! Except, the sounds of the cheers were muted because so few remained to nipa about it. How many sales were lost by that long wait? We can never truly know.

Following the completion of the first runs of series, Funimation and Geneon quickly put out full series sets. These could have sold well-enough to prove the franchise viable after the weak sales of the singles completing the first run. Sadly, Higuarshi: When They Cry didn't sell very well.

This is the key question. In this article, the situation is explains thus:

As one can expect, when you start to release a series, or provide the re-release, it may do well enough to cover what it’s done but not enough to justify going after more. Or, it may do so poorly that you run screaming from the thought of ever going near anything like it again

This is, sadly, a very key point in this sad development. The first part of the release by Funimation was just a distro with Geneon. The re-release was, in essence, Funimation testing the waters to see if the series could actually do well. By this point, the buzz is gone and fans are spending more time and effort bitching about the English dub, bashing the show as lolicon fodder or generally dismissing the first series while begging for the sequels.

This was a recipe for disaster. It might have turned out okay except that Funimation was increasingly under pressure to improve their bottom line as Navarre prepared to shed itself of the company and fans found their wallets growing thin as the early recession pains began to spread like cancer.

All of these factors played into this loss to fans. At this point, we can only expect a sub-only release at best from any current company and that itself might be very unlikely as whatever sales numbers the companies have right now are apparently pretty bad. I personally don't think we're going to see any more of Higuarshi: When They Cry's anime licensed. There are newer and more likely to sell well shows to license.

However, that does not mean that there is no hope! 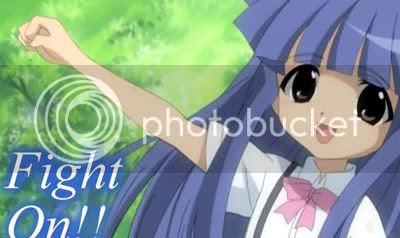 We fans banded together once and fought for Higuarshi: When They Cry! We battled for our goal of nipa-ing with Rika, hanging with Mion, going treasure hunting with Rena, battling Satako and going crazy with all of them, but especially Shion.

This thread, specifically Sophie's post, should be read. One of the things she posted was this:

Heck, you could probably get the money together to license and distribute them yourselves. It’s probably not expensive anymore. If Umineko sold as poorly in Japan as you say it did, then go after that one. It’s not as big an undertaking as you might think especially if you pool your money.

Now, many are taking this as some sort of dig at the franchise. That is a misinterpretation. What Sophie is indicating to us is that Higuarshi: When They Cry, for numerous reasons, is not a hot property and even the Japanese know it. She's telling us that the cost of licensing isn't astronomical.

Consider this for a moment: how many anime fans actually have jobs? How many have some money to spend on things? How many of us couldn't afford to contribute a lot but could throw in a few bucks here and there?

The fact is, fans aren't putting their money where their internet rage is. Without money, NOTHING is possible. If we fans want to get more of the shows we want, maybe it's time we started doing exactly what Sophie suggests? Pool money. It might take years before it was a viable option but to quote a cliche, Rome wasn't built in a day!

In two years, I'll graduate from law school. In three, I will hopefully have passed the bar and in four I hope to be gainfully employed by the military (branch yet to be determined) as a JAG officer. Now, that's going to provide me with a fairly decent income. If I can get a job as an assistant DA after leaving the military many years after, that would pay much better. If I managed to become a judge or get certain side jobs, I'd be well off.

Money is something all of us are pursuing on some level, so why not be thrifty while we're doing it and prepare for a day in the future when we CAN pool money and we CAN license an anime ourselves! What's more, there are many people in the US who are willing to invest in the future. With the right pitch, we could even get investors.

Really it all comes back to fans. Whether you accept the truth that pirating and illegal streaming distribution and bootlegging are a cancer on the industry or not, I think it would be foolish to deny that fans have power.

We the people can do almost anything we set our minds to. It just takes time and money.

So do you think a few nipas are worth it? 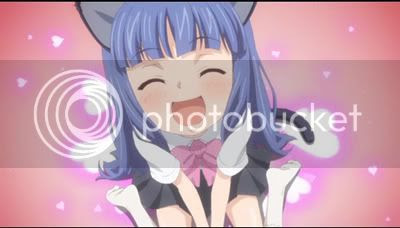 Well do you fanboy?