So NYCC is more or less over now. If you were expecting any big news and amazing surprises, you got a few but the showing was overall kinda weak. I mean, sure, Funimation dominated, which is generally a good thing in my opinion, but most of the other companies were weak.

VIZ pulled off a nice little victory though with the announcement of an English dub for Tiger & Bunny. Although, honestly, I think we'd all have been more surprised if they chose a different way to go about things. Knowing VIZ, this will be a long wait but apparently they're already in pre-production. 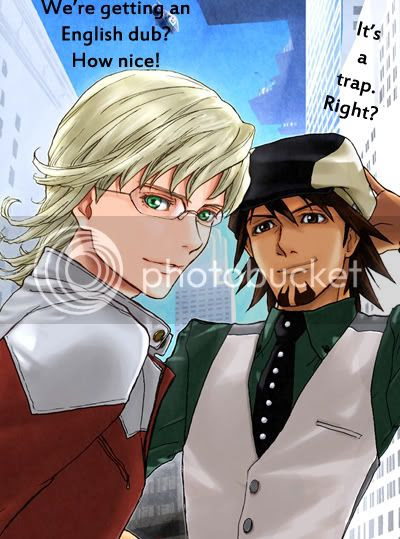 Tiger & Bunny has been a fairly sucessful hit in Japan or at least it's gotten a solid following. Sunrise plans to announce a new phase in the franchise soon! Too bad Sunrise keeps working with problematic distributors. VIZ has been very iffy for a while, with their long delays and questionable production values but at least they still seem to grasp that there is value in English dubbing. For that, I thank them.

A minor victory for VIZ but a good one. 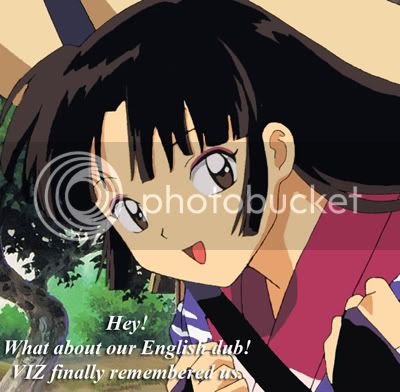 Oh, right, almost forgot. VIZ has been waiting to release Inuyasha: Final Act for so long that I'd started to think that maybe they forgot they had it. The dub cast for that one unfortunately has a number of recasts but, hopefully, they won't be too glaringly obvious. The annoucement feels very tacked on though.

My guess is that VIZ really wanted to get this on [adult swim] but they didn't want it. That seems counter-intuitive since Inuyasha was a successful show on there but that programming block isn't very interested in shows that aren't their own anymore. Watch for maybe one or two anime to show up though just to keep a few fans hopeful.

I've been looking forward to Inuyasha: Final Act so I'm grateful though disappointed with VIZ at the same time. Grateful they licensed it but disappointed by the lack of original cast members. I don't know exactly why they couldn't keep everyone since some of the people they didn't cast still work as VAs. I'll still buy it but not ASAP.

As for Bandai Entertainment. . . well, as the old saying goes, if you don't have anything nice to say, then don't say anything at all. Seriously.

Though I will say that all of those pro sub-only folks who wanted more mecha instead of moe might be getting an eye-opener. Mecha show from popular franchise? Sub-only. Moe show? English dub, extras and massive promotion. Hmm, me thinks this was not what they expected.

Not that it'll change their minds! The massive success of Funimation isn't even enough for some folks to realize that steady and dependable plus English dubbing is a very successful combo.

Oh, by the by, in case you didn't catch it, Yen Press is going to release more of the Higurashi manga. Massacre arc is coming. (Why this was something to be left out of a panel report is beyond me. The series may not be the biggest hit ever but it's not unpopular.)